How To Trade Options

3 Tips For Trading In A Choppy Market

Volatility. A ten-letter word that investors need to get well-acquainted with. The stock market has been volatile all year, which isn’t likely to change anytime soon.

The conflict between Russia and Ukraine is the current driver of stock market volatility, but even if that changes, “many (investors) expect inflation, uncertainty over monetary policy and stretched valuations to keep stirring asset prices this year…” (U.S. News)

In a recent conversation with the Reuters Global Markets Forum, Antonio Cavarero, head of investments at Generali Insurance Asset Management in Milan, said, “I would be expecting still some months of volatility for all risky assets…I probably am a bit more confident in the second part of the year, but from now until then, it probably is going to be a choppy ride.”

Like your spouse’s brother who went through a recent divorce, moved into your guest room, drinks your beer without asking, blocks your car in the driveway, and has half of your plates, dirty, on his nightstand, volatility is likely here to stay for a while, and there’s not much you can do about it.

With that in mind, we wanted to provide you with three tips for trading a choppy market.

It’s pretty likely that your trading style benefits you most during a more predictable market. If your trading style worked when the market was bullish when it was much easier to trade under the assumption that you could get into calls, your style might not work as well now.

You have two options here. Either adapt your style to the market or just trade less often. Trading less often is the easier path and will keep your account full until the market becomes more steady.

MOT admin, SeansTrades trading style isn’t designed for a choppy market, so, as you’ll see below, he’s traded significantly less in February than he did back in October when the market had clear direction. Don’t feel like you have to trade more. Sit back and wait for the right trades. 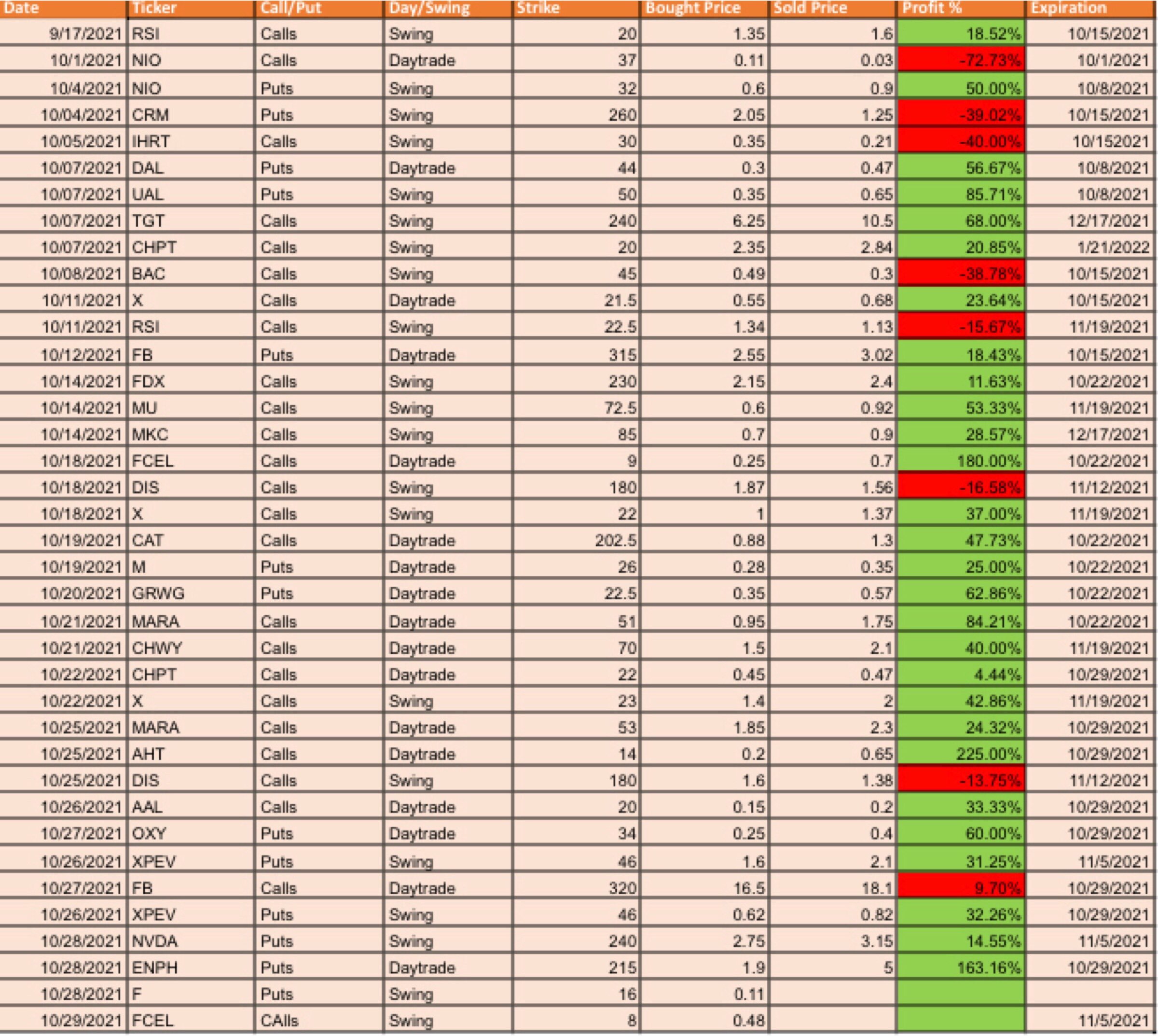 When the market is choppy, stocks you thought were clearing going up may start to dip unexpectedly. Any piece of news can change the direction of the market in minutes. With that in mind, take your profits early and create a strong exit strategy.

Profit is profit. Don’t get caught chasing an extra 10% when you can secure 10% gains now. Those 10% gains will compound over time. On the flip side, your account can be wiped out by one lousy trade where you were up 10%, waited for 20% gains, and ended up being down 50% in minutes due to a market shift.

3) Stick To Your Trading Plan But Scale Down Your Positions

By now, you’ve likely developed a trading plan. If you haven’t, it’s essential. The difference between a good trader and a great trader is having a trading plan and sticking to it no matter what. It’s too easy to get caught up in the hype of 100%+ plays or strategies that got one trader paid big one time. While we want you to have the skill to identify when a trade is likely to keep gaining so you can stay in it with a reasonable stop-loss, we know that being consistent is how you become wealthy.

So stick to your trading plan no matter what but scale down your position sizes so that one losing trade doesn’t blow up your account. If you usually leverage 3% of your account per trade, only leverage 1% until the market settles. This approach will protect you from substantial losses that set you back for months. It could take many long, frustrating months to rebuild a blown account in this market.

If you have the means, I highly recommend taking a coaching session with BootyTrades or, better yet, joining him and SeansTrades’ next mentorship cohort. They will help you learn how to trade in a choppy market and create a trading plan for all market conditions.

More posts by Jake From Marketing 🍎